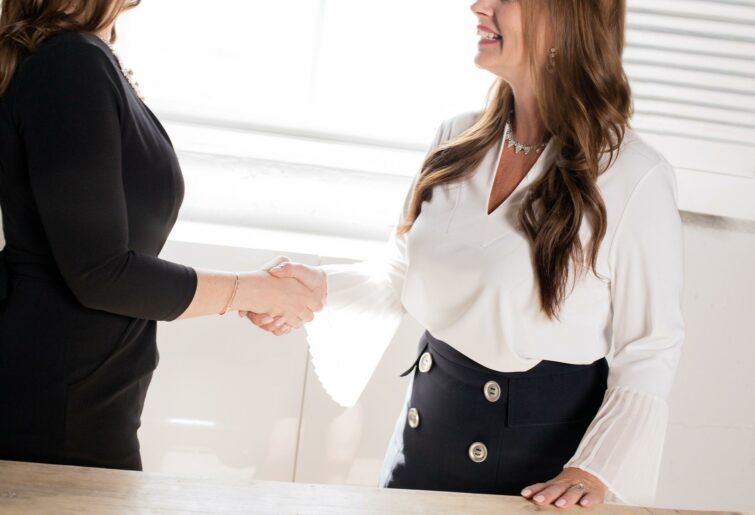 What is the Provincial Nominees Program?

The Provincial Nominees Program (PNP) is a provincial program where provinces in Canada are allowed to select immigrants using programs that are flexible and efficient. Each province has their own programs, and the requirements to qualify differ from one to another.

The PNP is also compatible for immigration to Canada with Express Entry. When you obtain a nomination certificate from a province, you automatically get 66 extra Express Entry scoring points!

Several of the different provinces’ programs have seen significant growth in popularity over the years. And there is a reason why. For example, the PNP has a much more personalized approach to how they deal with client inquiries and requests for assistance. With quick response times combined with significantly shorter processing times, these programs are highly sought by potential clients.

For that reason, many of the provincial programs compete with each other, and that’s good news for you!

Why? Because the more provincial competition there is, the more attractive the programs become! Let’s jump into how this works and how you can be used to your advantage.

Are all of the provincial programs the same?

In short, no. Every province has their unique programs to satisfy the demographic and economic needs of its province. As a result, there are multiple variations from one province to another.

But, there are also many similarities between them. For example, many provinces have skilled worker immigration streams, similar to how you can immigrate to Canada under the Skilled Workers category.

The possibilities are wide-open for you to choose from. However, if you need help deciding which province is best for you, use our comparison tool on our website.

How does it work?

Different provinces can attract and nominate immigrants that are most likely to move and settle permanently in their province or territory. For that, the provinces can receive applications directly or recruit directly from the Express Entry program.

So, to qualify for your Canadian visa, you will need to demonstrate that you will:

These two principles are essential for you to meet the eligibility requirements. Then, you and your consultant can decide the best way to apply for the specific program for the provincial nomination. But first, you must make the first decision.

Choose your province of destination.

This is the most essential step. You need to find the right environment for you and your family to settle in and prosper. Canada is a vast country that has many different communities from coast to coast.

Therefore, there are many different lifestyles in Canada depending on your province of choice. We recommend that you choose more than one to increase your chances of qualifying.

Canada’s landmass stretches from the Atlantic to the Pacific ocean. Both coasts have very different cities and unique lifestyles. 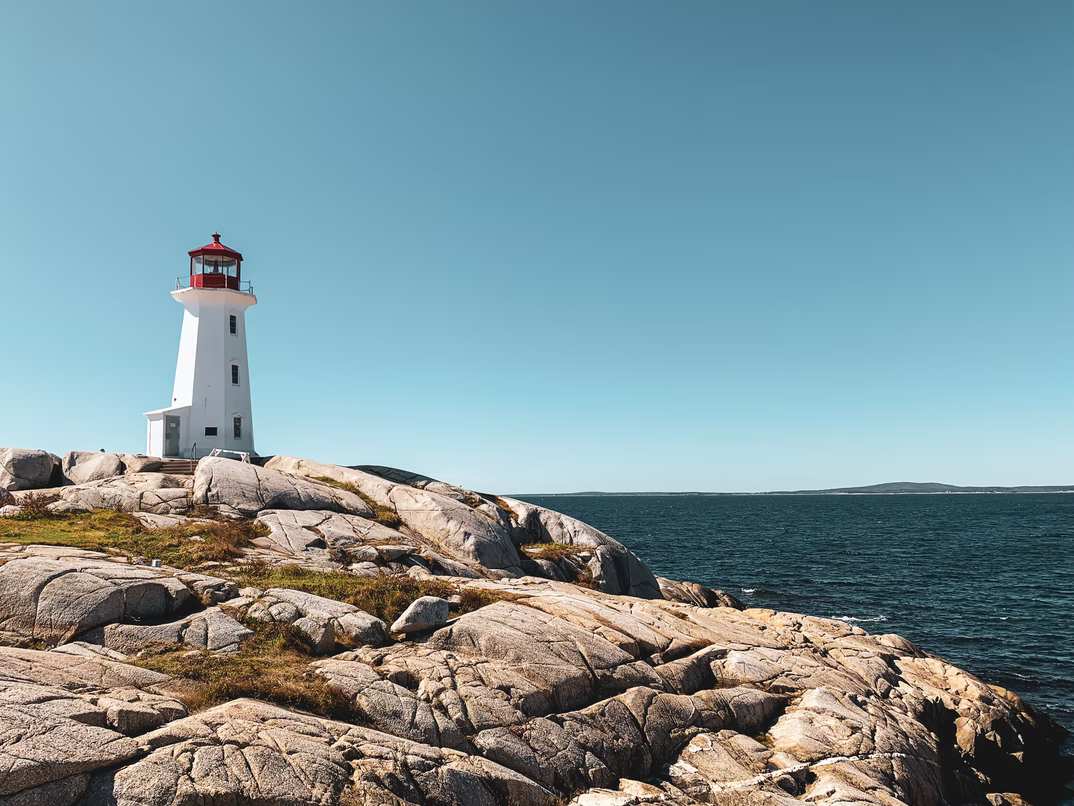 Located on the East Coast of Canada, the Maritimes are home to some of the friendliest Canadians. There are 4 different provinces in the Atlantic:

The Maritimes province’s economy revolves around fishing and natural resources. But, the Maritimes are also great to start your business. Many have competitive programs to help entrepreneurs immigrate to Canada as a business. As a result, many choose to open their business in cities like Halifax in Nova Scotia or Saint John in New Brunswick. 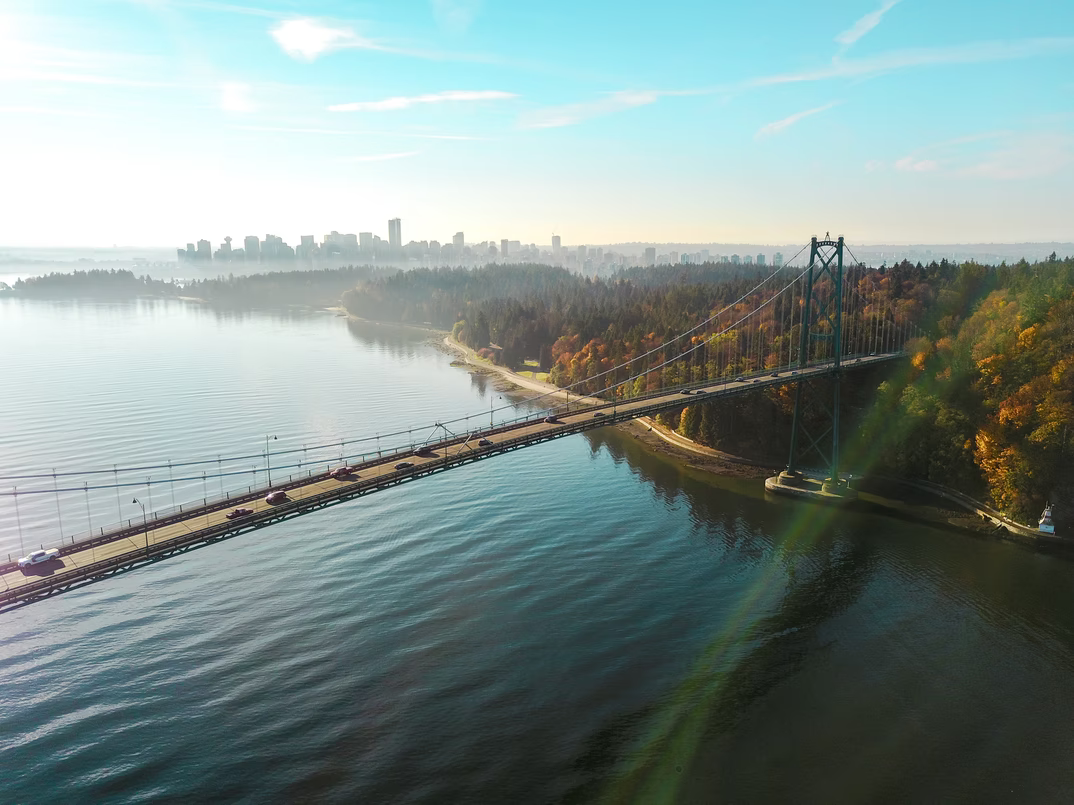 On the Pacific coast, there is only the province of British Columbia. There you’ll find the famous cities of Vancouver and Victoria that are amongst the top cities to see in Canada.

British Columbia is a large province that stretches from the southern to the northern border of Canada. It is filled with lush nature and fantastic wildlife to discover while offering a very high quality of life with big city living like Vancouver. The province can be very attractive to those wishing to immigrate to Canada as a business as it has world-class infrastructures, ports and a booming economy.

What’s in between the two coasts?

There are many other provinces in between the two oceans, and many have provincial nomination programs.

The Prairies is a large landmass in the central-western part of Canada. It is composed of 3 provinces:

Read more in our Life in Canada blog section. 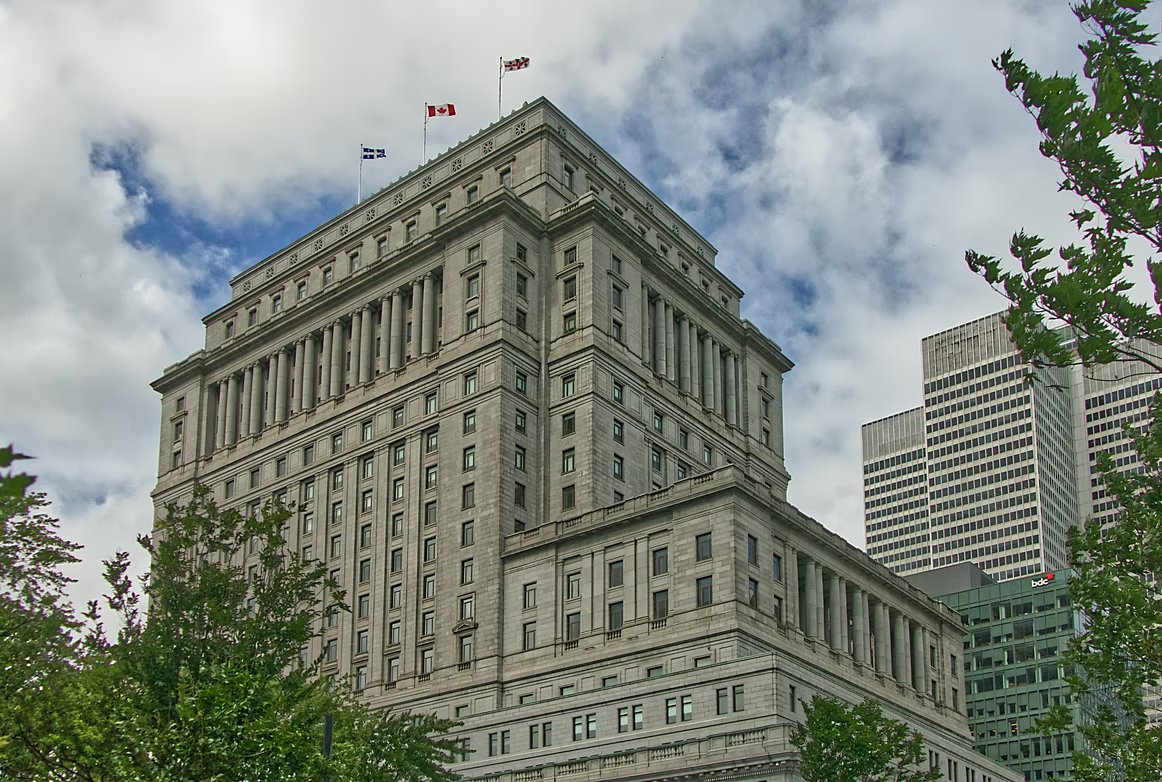 Here you will find the provinces of Québec, Ontario and home to some of the most well-known Canadian cities, like Toronto, Montréal, Ottawa and Québec City.

These two provinces have seen, over the years, a significant increase in immigration. That’s no surprise! Living in Québec or Ontario has many incredible benefits.

Toronto is the financial powerhouse of Canada, while Montréal is the center of high-technologies, gaming and entertainment. So choosing any of the two provinces to immigrate to Canada as a business is an excellent choice, although the requirements to qualify can be a little more stringent.

Once you know where you want to immigrate, you’ll need to explore the different programs. Unfortunately, because provinces can change their program with short or no notice, it is impossible to list all the programs.

First, you can decide whether to create an Express Entry program profile or apply directly with the province. Remember, having a nomination certificate gives you more Express Entry scoring points and significantly reduces the processing times for your Canadian permanent residence visa.

We will explore further the most common streams of nomination across all provinces in our subsequent blog: ‘The Most Common Provincial Nominees Programs Categories.’

Ignite your dreams of living in Canada with the Provincial Nominees Program. 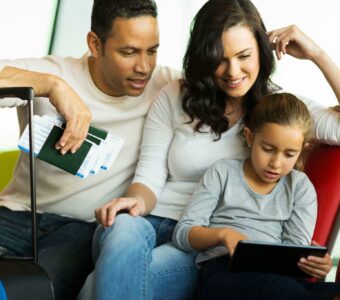 How to sponsor your children to… 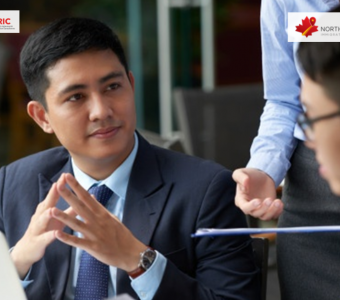 Immigrate to Canada as a business:…

The Provincial Nomination Program ( PNP) offers streams for those looking for investment settlement ... 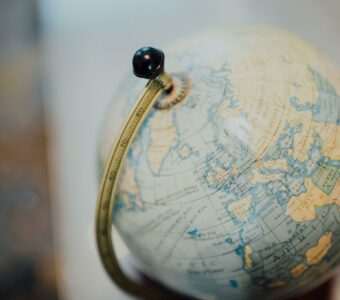 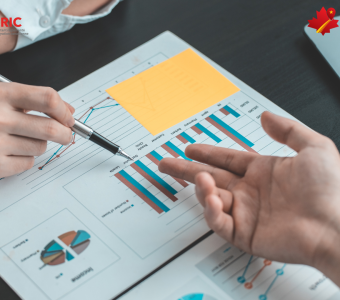 Start-Up Visa: What is a letter… 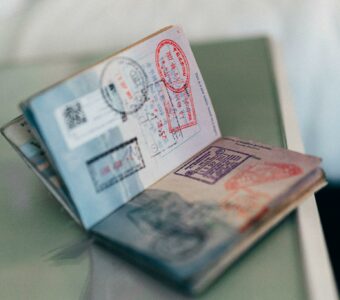 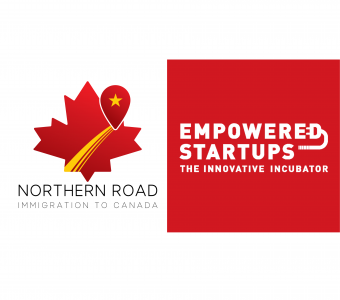 Do you have a unique business idea and would like to start a business overseas? Do you know about th... 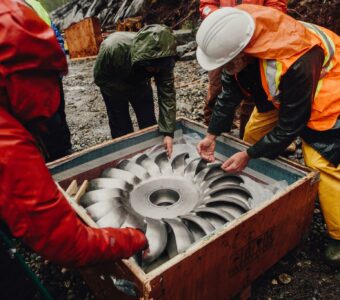 What Is The Federal Skilled Trades… 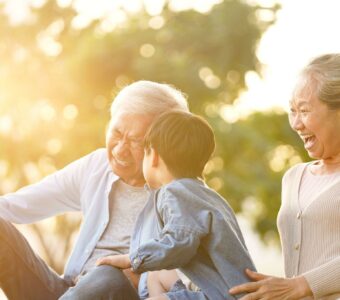 How to sponsor your parents and…

How to sponsor your parents and grandparents. Author: Yan Desjardins, Founder and Executive Dire... 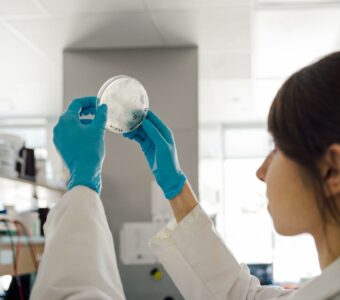 Author: Yan Desjardins, Founder & Executive Director Who Can Apply For The Canadian Experience ... 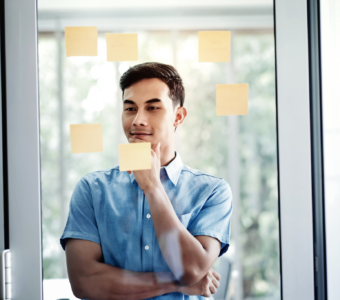 Top 5 Reasons to Use Canada’s… 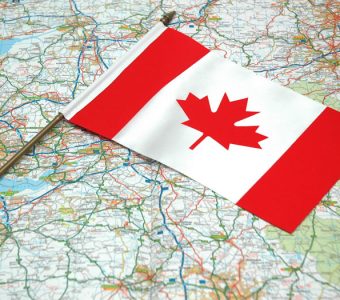 Overview of the Canadian Provincial Nominee…

The Canadian Provincial Nominee Program was launched in 1990, and the provincial nomination program ... 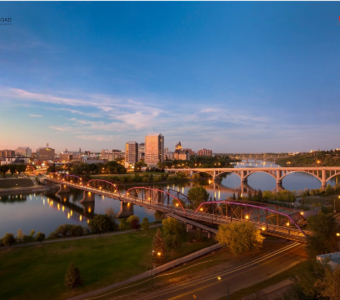 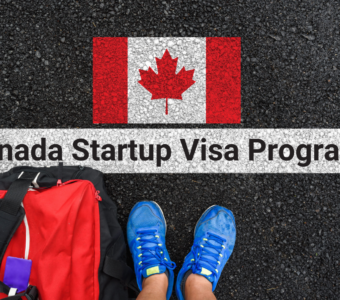 Canada Startup Visa Program: An Inside… 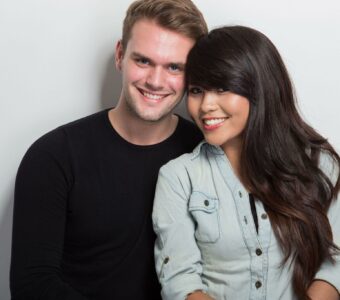 How to sponsor your spouse or… 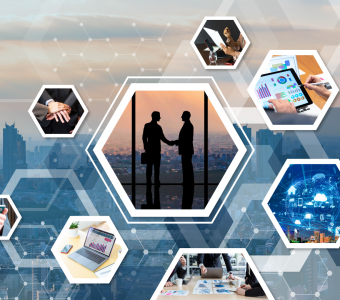 How to Immigrate to Canada as… 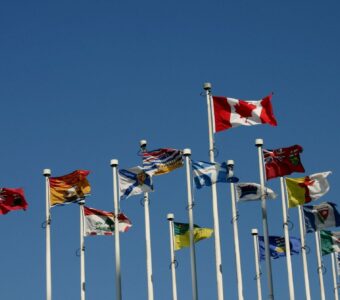 The Most Common Provincial Nominees Programs 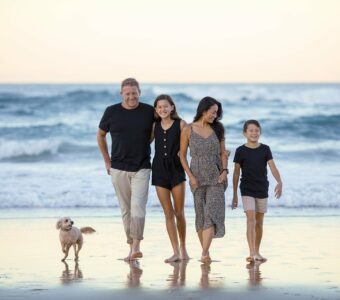 5 Reasons to Immigrate to Canada…

5 Reasons to Immigrate to Canada as a Whole Family Author: Nolan Clack, Guest Blogger. We are ex... 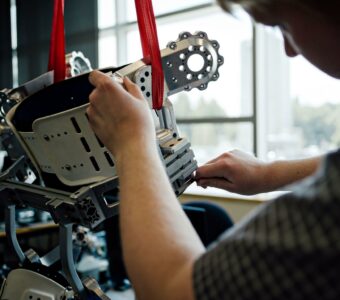 Have you got skills? Canada wants… 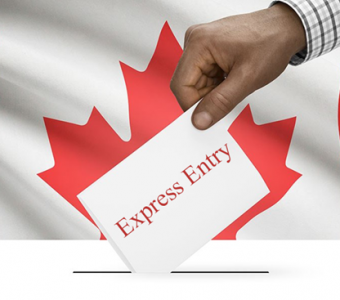 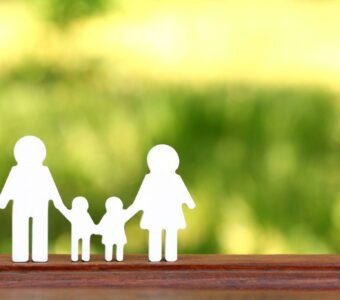 How to qualify to sponsor your… 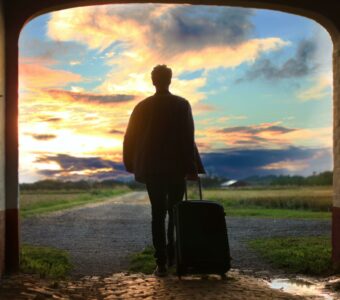 Introduction to Immigration: Step by Step…