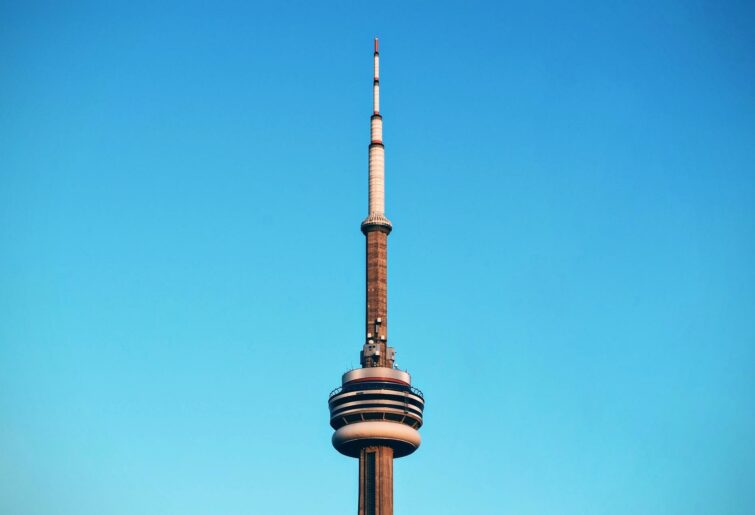 What to see in Canada.

There is so much to see in Canada that it is impossible to list all the attractions in one shortlist. However, below we are bringing you our all-time top 10 favourite Canadian tourist attractions.

Make the most of your travel to Canada and see some of Canada’s most iconic landmarks and attractions. Not enough time to see it all in one trip? Worry not because you can come back with your 10-year Canadian visa and keep on discovering our beautiful country each time you travel to Canada. 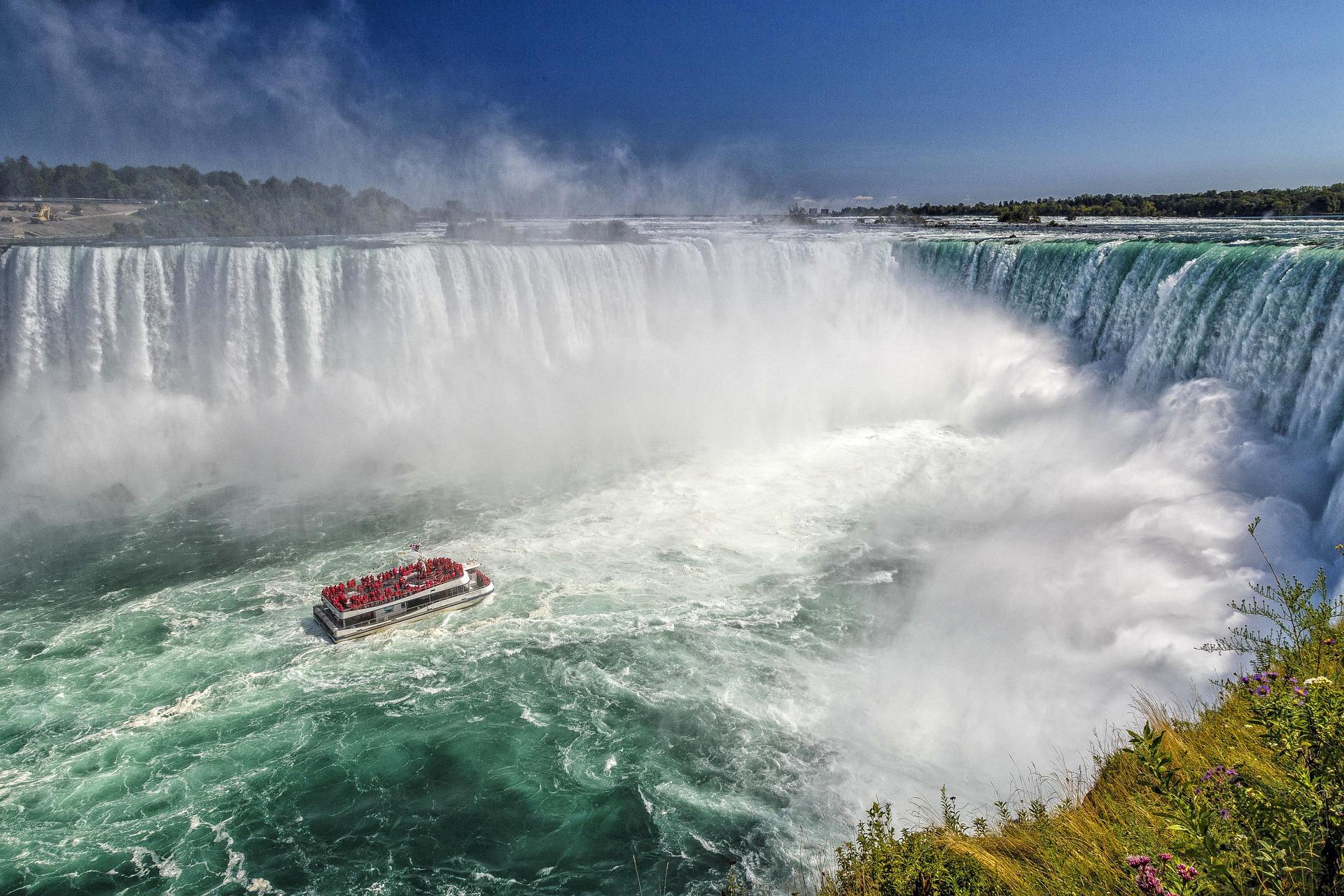 Niagara Falls is probably Canada’s most iconic tourist destination. Three falls are bordering Canada and the United States, with the main and biggest one being the horseshoe fall, known as Canadian Falls. You can only get the best view of the falls if you travel to Canada, another good reason to apply for a Canadian tourist visa. Around the falls, you will find many entertainment venues and world-class hotels and casinos.

The Niagara region is home to many wineries. When you travel to Canada, a visit to Niagara on the Lakes will sure enchant you. You’ll be able to do wine tasting, eat the local products, and discover how the region has influenced wine and food. 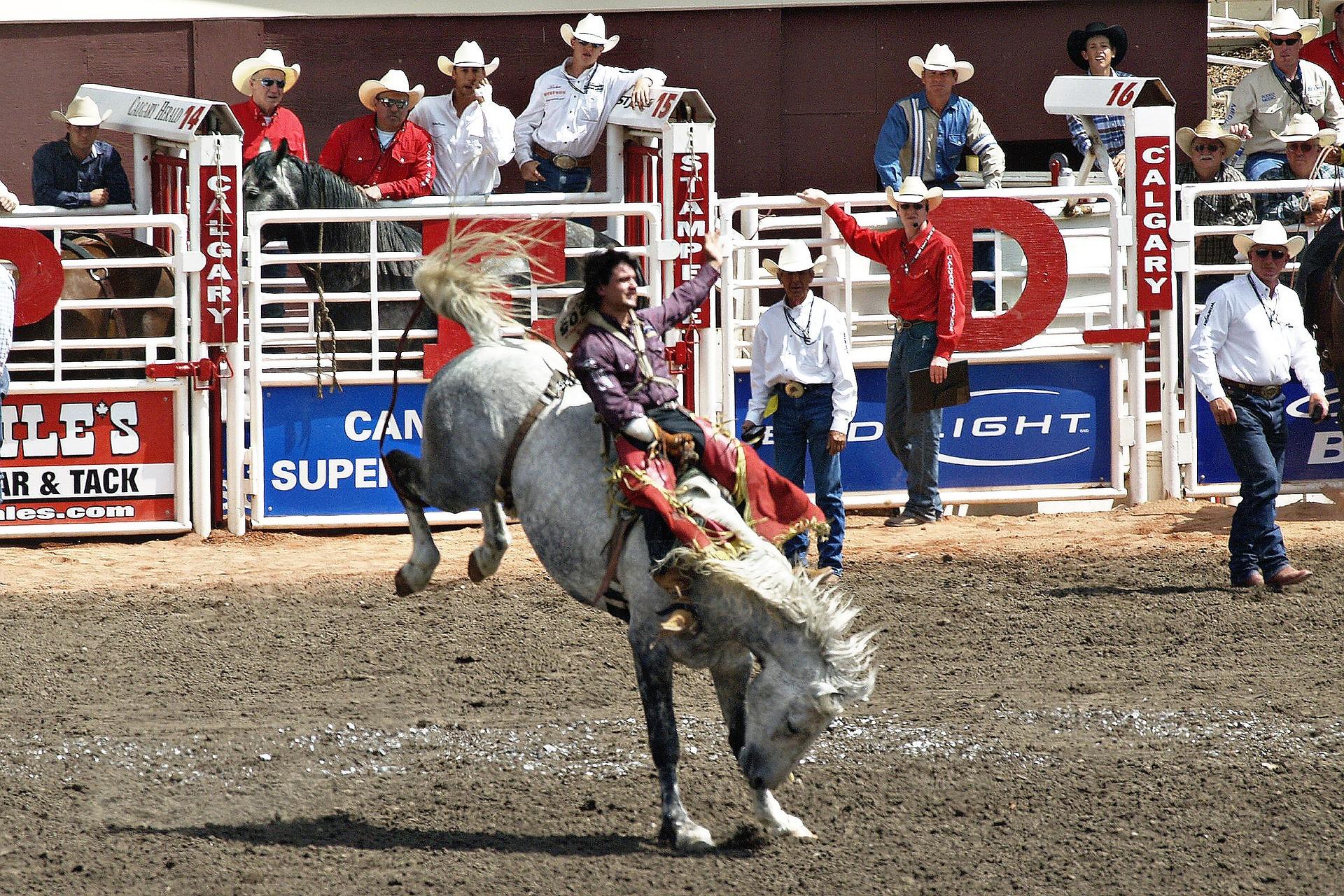 The Calgary Stampede, in the province of Alberta, is home to the biggest rodeo in the world. Cowboys have been a significant influence in Western Canadian culture, which has been around for over 100 years!

This annual festival is held every July and brings crowds from all over Canada to spectate bull riding, horse races, goat tying, and much more. So grab your cowboy boots and get ready for plenty of country music, dance, and traditional Canadian food during this 10 days festival. If you plan to visit Calgary when you travel to Canada, make sure you put the stampede on your list! 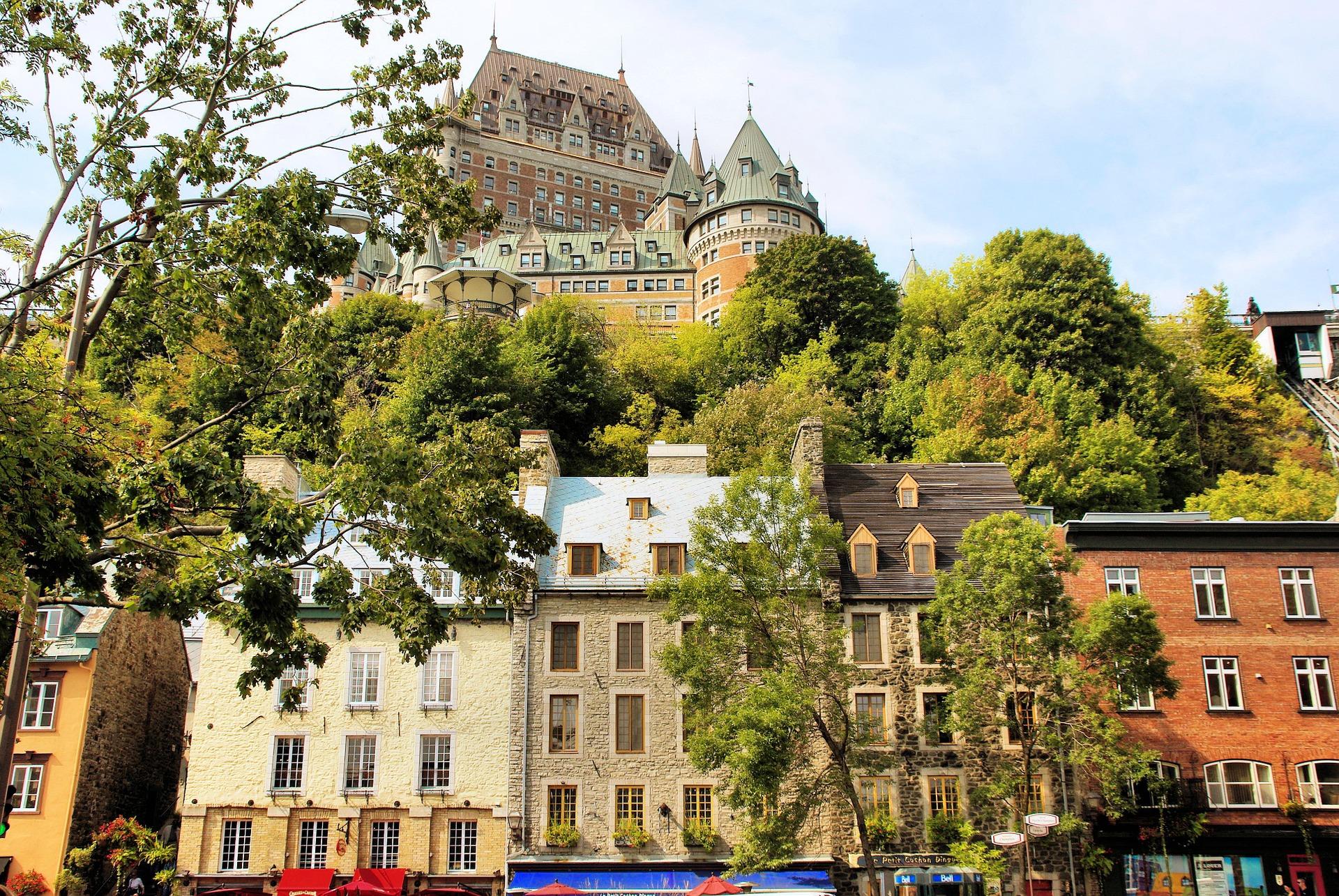 Vieux-Québec, or Old Québec, is a historic district in Québec city, the second oldest city in Canada. The city was fortified as it acted as a military base during the colonization of Canada by the French and the British.

‘Le Petit Champlain’ and ‘La Place Royale’ are some of the oldest and most historic parts of Quebec city. Did you know that it is here that Samuel de Champlain, French explorer and founder of New France, erected his first residence after his arrival in 1608?

Walking the streets of ‘Le Petit Champlain’ will bring you down memory lane to an era that originated more than 400 years ago. Use your 10-year Canadian visa and discover the French legacy in Canada. 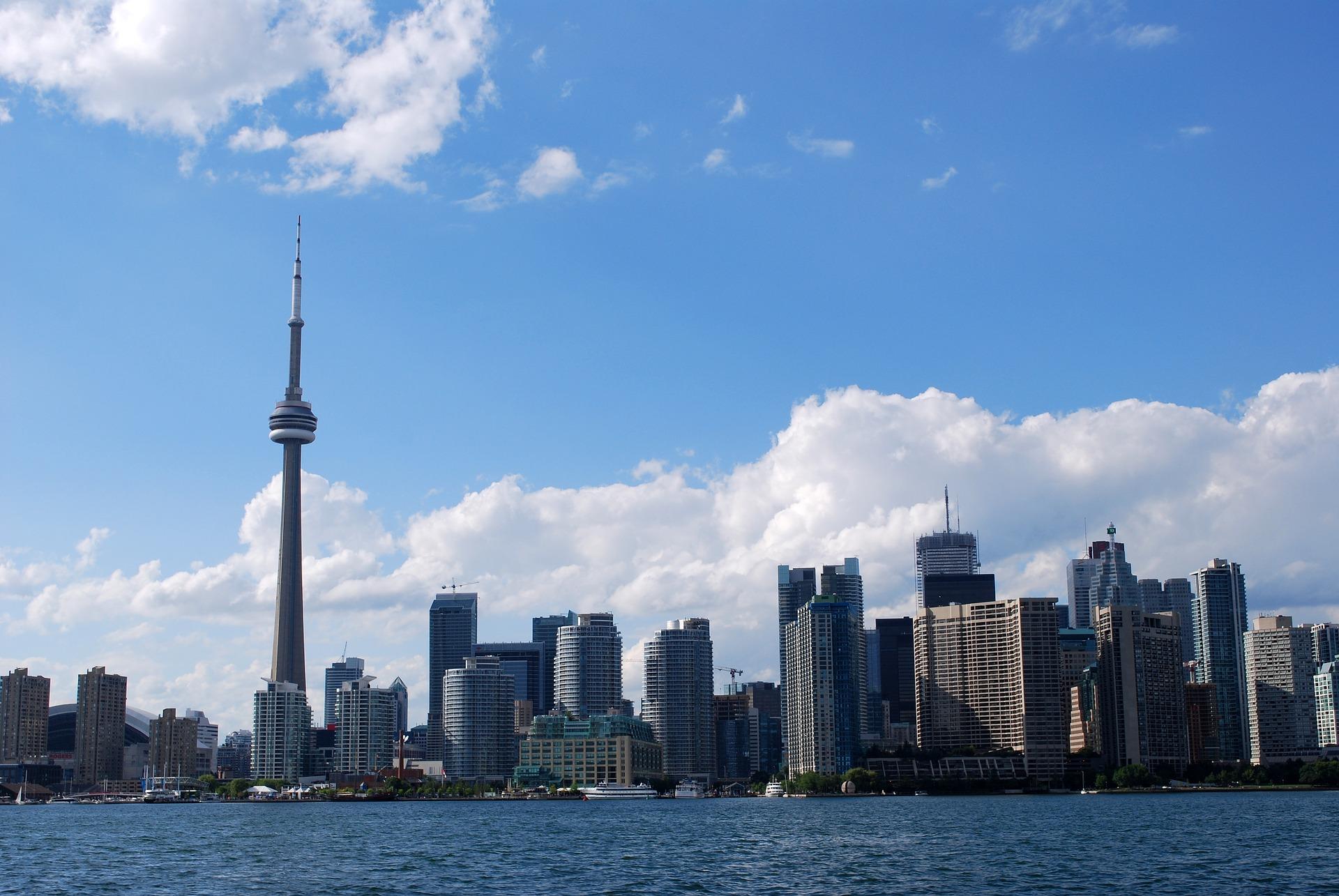 The CN Tower in Toronto is as iconic as the city itself! Opened in 1976, the tower stands at 553m above ground! It held the record of the highest self-standing structure until 2007, when the Burj Khalifa dethroned it. The CN Tower is the most recognized landmark of Toronto and one of the most popular attractions for visitors who travel to Canada.

The CN tower is one of the most thrilling experiences you can think of – a walk on the edge of the tower. Get your heart racing by getting into a secured harness system and walking on the edges around the tower. Not only will you get a thrill like no other, but you will get spectacular views of the city. Can you handle it?

Toronto is also the largest city in Canada and home to many cultures that have come from worldwide. In fact, some say it is known as the most multicultural city in the world! So travel to Canada and discover what the buzz is all about! Get a taste of big city living – the Canadian way. 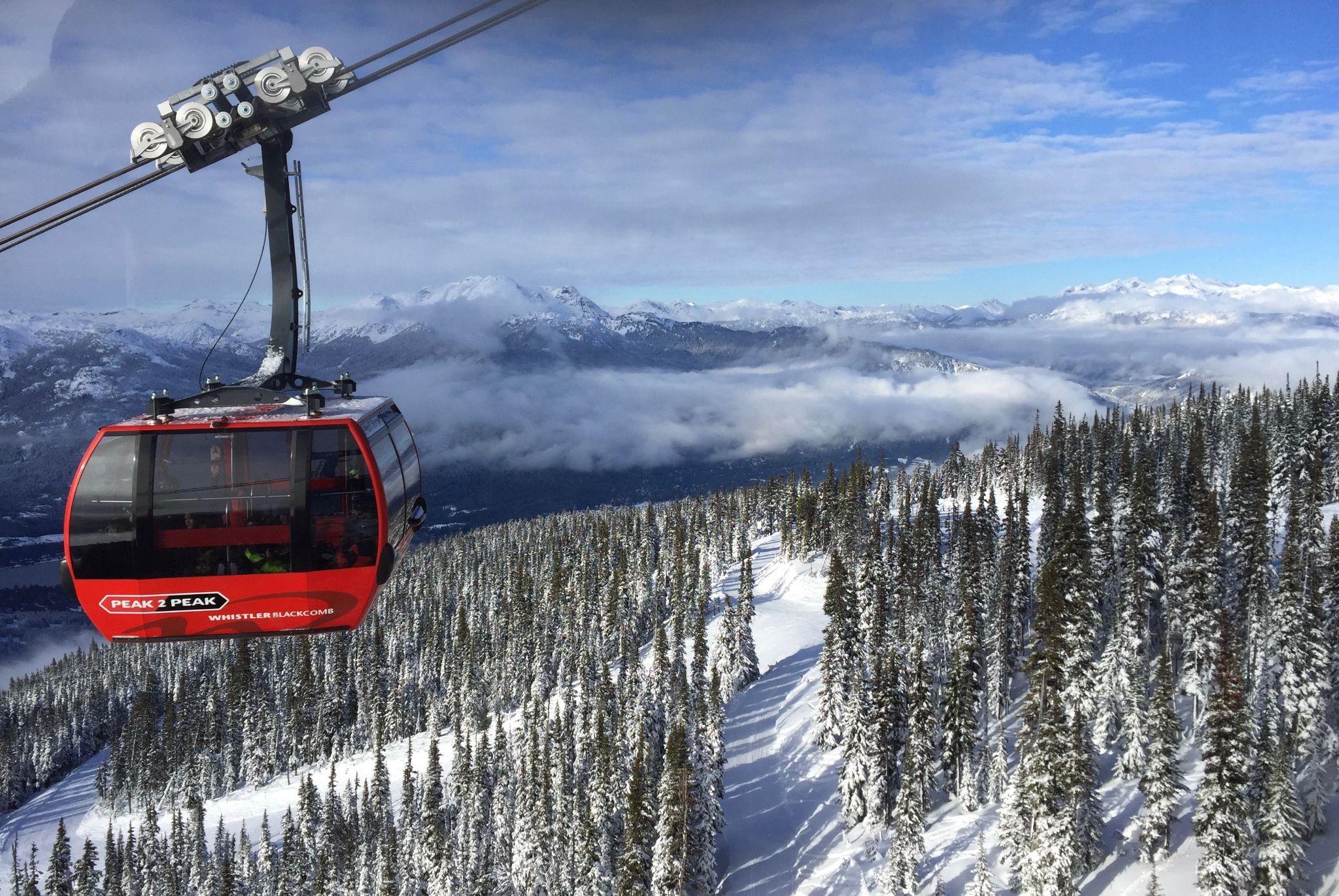 Located on the West Coast of Canada, Whis/tler boasts for its legendary resorts and international mountain sports attractions. This small mountain town offers an abundance of activities such as hiking, mountain biking, golfing, skiing, snowboarding, and much more. During the winter season, the city turns into a truly Canadian winter wonderland.

If you are a winter sports fan, you won’t want to miss out on Whistler when you travel to Canada. After a fantastic day on the slopes, stop for a nice cup of hot chocolate with marshmallows at the ski resort chalet. You will also love taking a stroll in the pedestrian streets of Whistler. 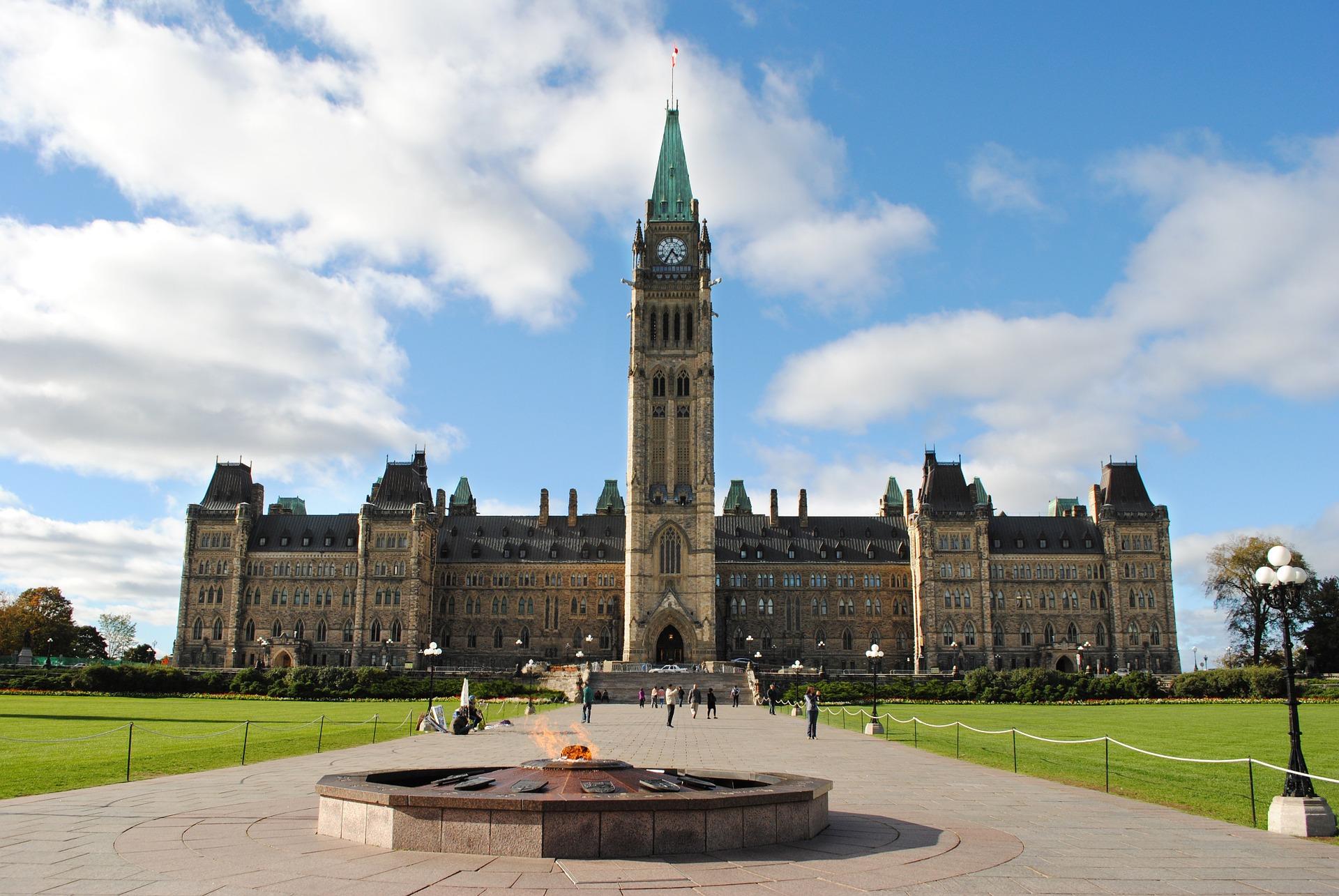 Inspired by the British legacy, the Canadian Parliament is divided into two house chambers, 3 blocks, and the Peace Tower, dedicated to remembering Canadians’ sacrifice and service in the First World War.

With your Canadian tourist visa in hand, witness Canada’s democracy in action! While you’re there, make sure to visit some of the capital of Canada great museums. 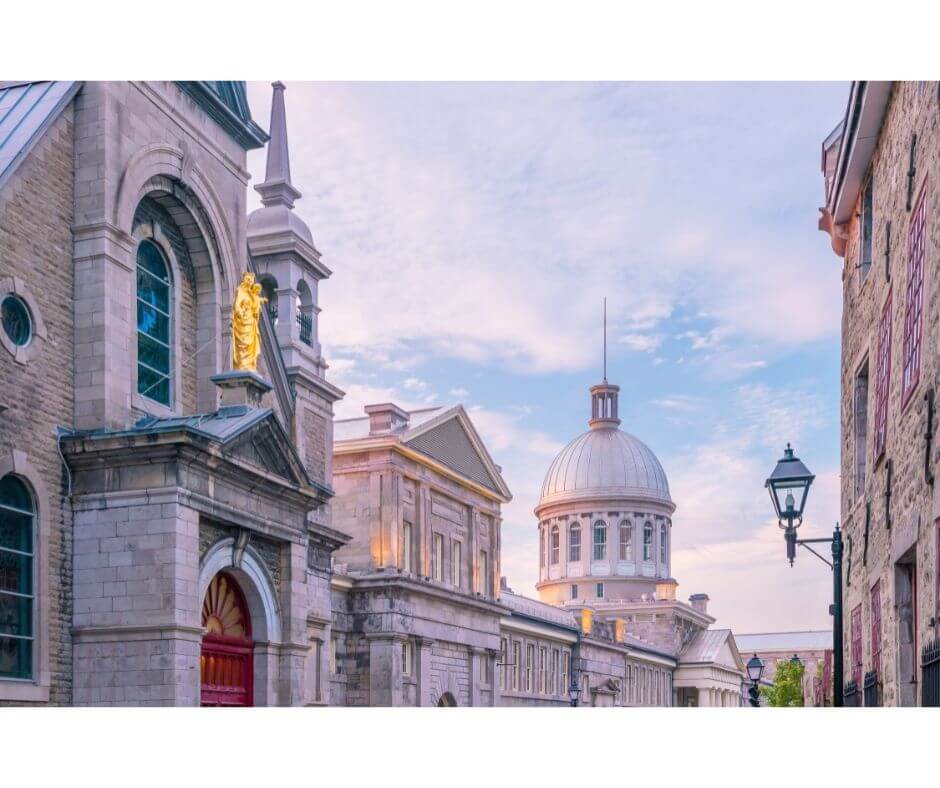 Old Montréal and its port were once the harbour of Canada’s economy. Today, you can find the most delectable culinary experience that Montréal has to offer amongst many other attractions, to everyone’s delight who comes to visit with their Canadian tourist visa.

During your journey through Old Montréal, stop by ‘Place Jacques Cartier’ for some entertainment. Get a table and enjoy the French Canadian hospitality. One of our favourite restaurants in the old town is ‘Les Jardins Nelson.’ Don’t miss out on their Jazz nights! 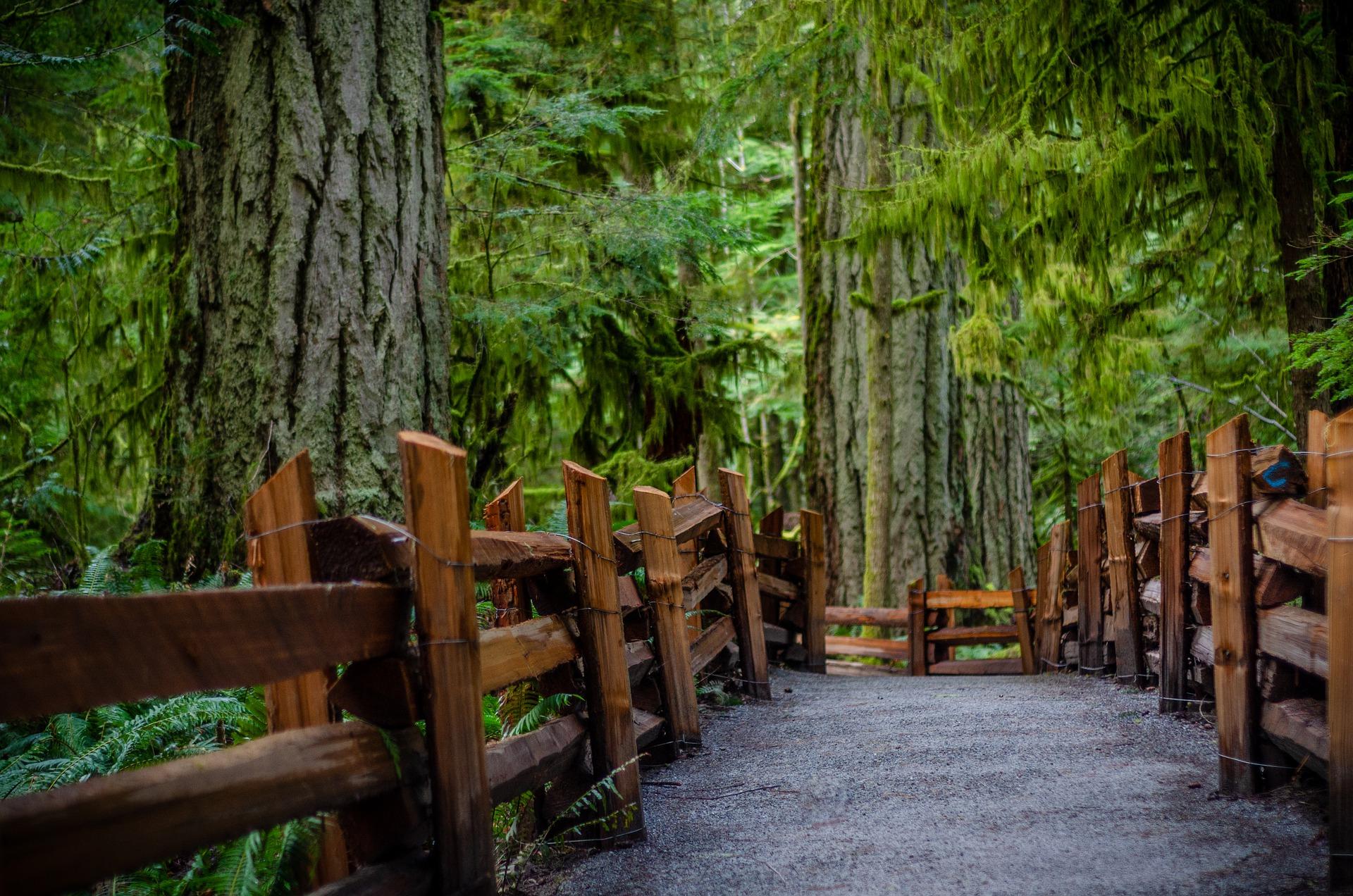 Vancouver Island is a destination you won’t want to miss if you visit the west coast of Canada when you travel to Canada. To start your journey to Vancouver Island, we recommended taking the 90-minute ferry from Vancouver to Victoria. You can sightsee wildlife such as whales and dolphins within the Pacific Ocean on the ferry deck. Once you arrive in Victoria, take two days to explore the many activities the city offers. From the inner harbour pathway, the British Columbia Museum, the legislative assembly of British Columbia, and the many hipster-like streets, restaurants, cafes, and bars that the city offers.

Once you have explored the city, make your way north of Victoria to the town of Nanaimo, and be sure to explore the many natural areas available for hiking and camping. The city is known for beautiful waterfronts, rivers, and overseeing large bodies of water. If you want to give surfing a try, Nanaimo is one of the few locations in Canada that it is possible to surf. Register to some surfing classes to finish off your travels to Canada’s Westcoast. 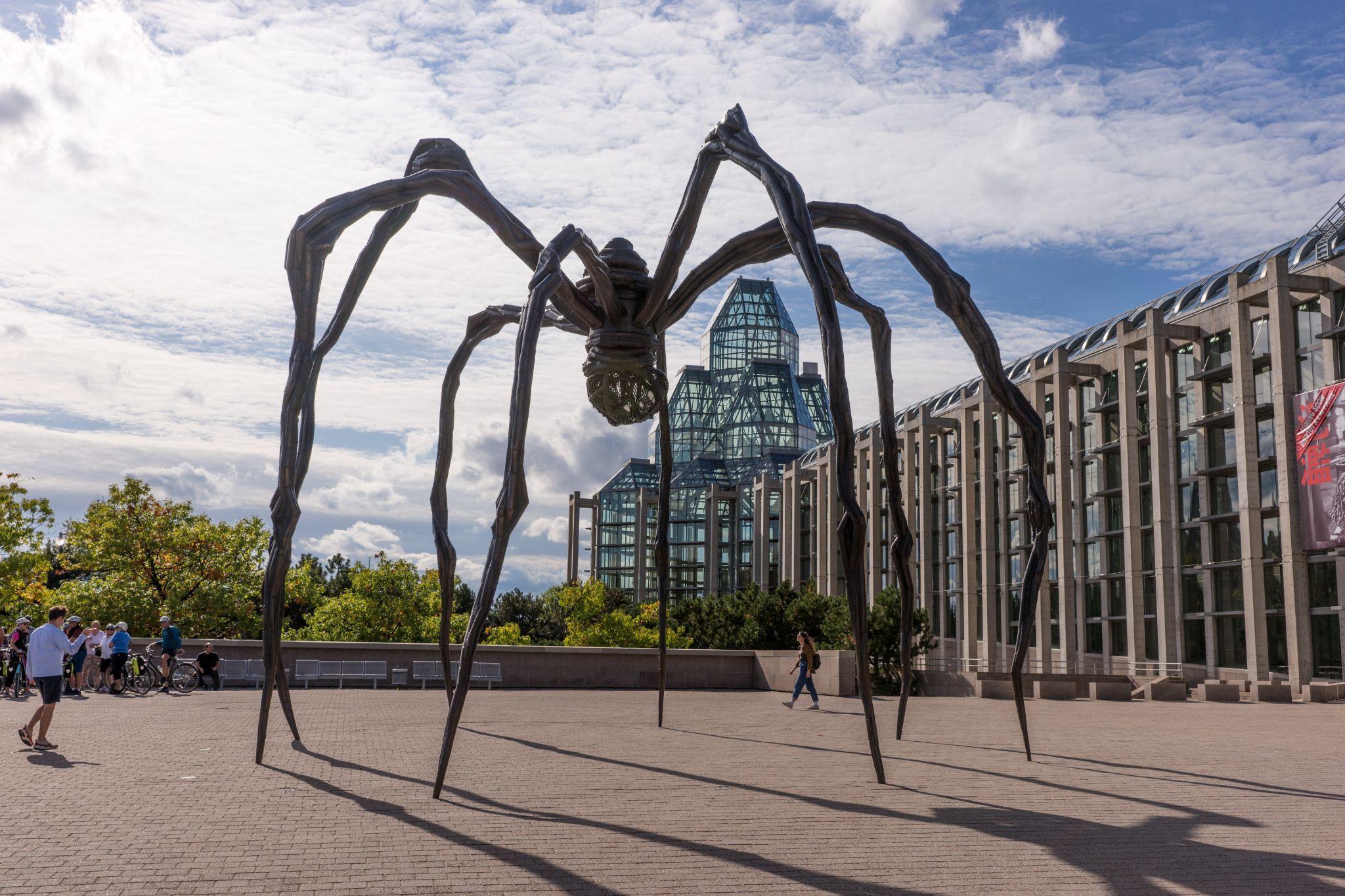 Travel to Canada and experience the country through the eyes of its artists. Witness the most important works of Canadian arts collected over hundreds of years.

The National Gallery features a collection of more than 30,000 art pieces created by Canadian and international artists. Over time, it has hosted exhibits from the greatest artists like Vincent van Gogh, Henri Matisse, or Picasso. The gallery also showcases an extensive collection of aboriginal arts from Canada’s first nations dating back to 1850.

Footsteps away from Parliament Hill and niched on the bank of the Ottawa river, the gallery offers impressive views of Parliament hill. The glass and granite building is renowned for its architecture and giant spider sculpture made by Canadian artist Louise Bourgeois. 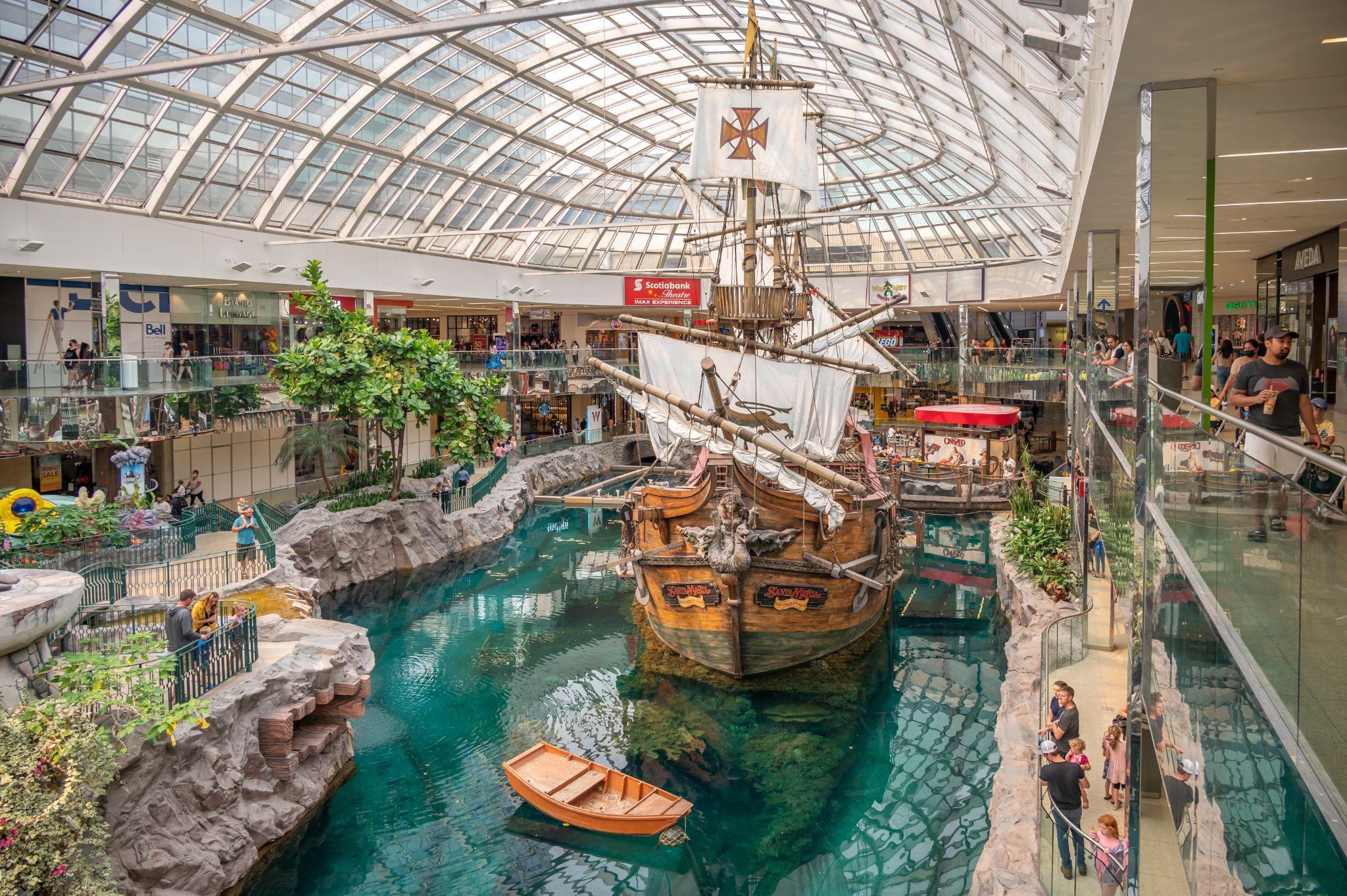 Did you know that Canada has the largest mall in North America? Located in Edmonton, Alberta, West Edmonton Mall (WEM) has over 800 stores and is the size of 93 football fields! The mall is so large that it has upwards of 200,000 visitors in one single day, depending on the time of the year.

WEM has received numerous World Records; including, the world’s largest indoor amusement park, indoor roller coaster, indoor lake, indoor waterpark, and even a world record for the largest parking lot for upwards of 30,000+ cars! So, travel to Canada and make sure to stop for a visit on your journey through Alberta.

Are you ready for your next adventure and want to travel to Canada? Contact us today to apply for your Canadian tourist visa. 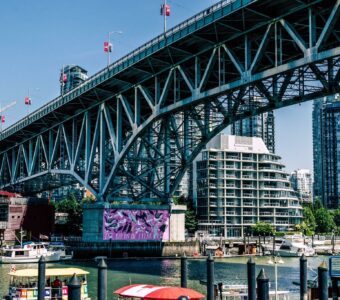 Travel to Canada Our 4 Seasons… 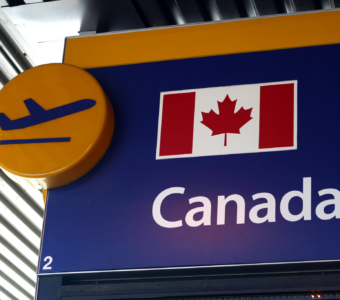 The 10-year Canadian Visa Program. All…

Author: Yan Desjardins, Founder & Executive Director A complete guide to help you apply for a C... 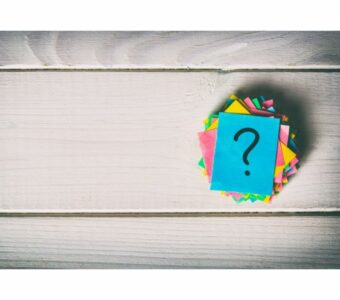 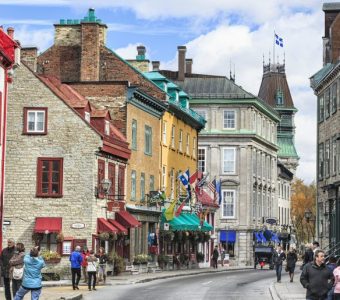 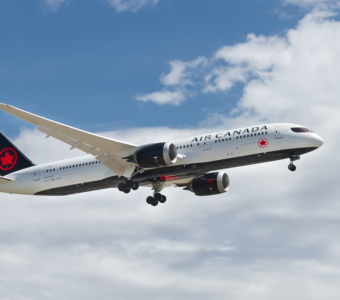 Find your best route to fly…

Our best traveling tips to make the most of your traveling experience. Author: Yan Desjardins, Fo... 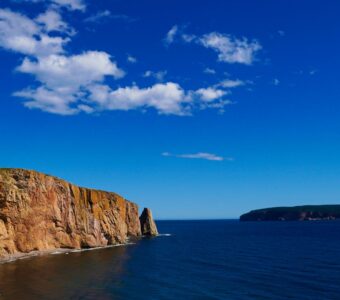 Adventure awaits you in Canada’s National… 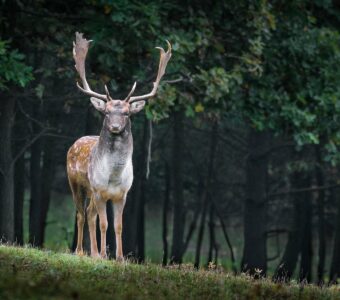 Canada’s wildlife: A biodiversity of more… 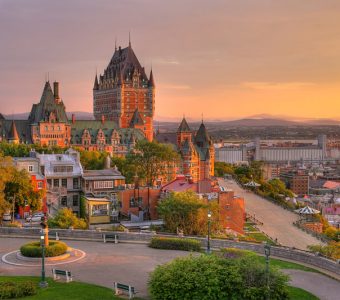 Benefits When Applying for a Canada…