Top 5 Best Universities in Canada in 2022 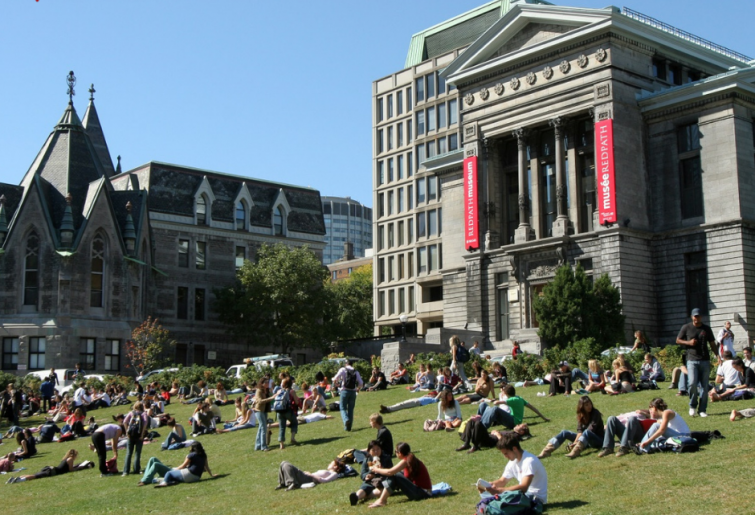 According to the Times Higher Education World University Rankings 2022, Canada has 7 universities among the top 200 in the world. Join Northern Road to refer to the top 5 best universities in Canada in 2022.

Why should you choose to study in Canada?

Top education in the world

Canada is a country with top-quality education and the highest standard of living in the world. Graduating in Canada means you have a degree of international value.

This is also a country with a lot of universities entering the rankings of the best universities in the world. 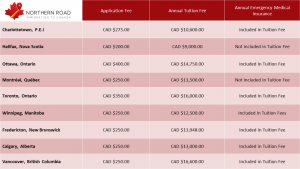 Canada is a multi-cultural, multi-ethnic country. As an international student studying in Canada, you will have the opportunity to experience and explore the cultural life of the students here.

Universities in Canada make the safety of all students a top priority, especially international students. Canadians are friendly and culturally and racially friendly. Therefore, the quality and reputation of the universities here are guaranteed so that you can safely apply for a Canadian student visa. 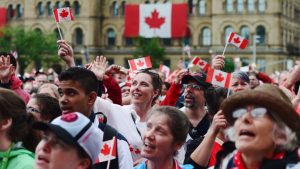 For students who want to pursue a foundation, undergraduate, or graduate program in Canada, you can refer to the top universities to find the right school for you:

The University of Toronto is located in the city of Toronto, Canada. This place is not only the largest economic and financial center of the red maple leaf country but also an extremely beautiful city. Toronto has bustling commercial and financial areas and is the dream destination of many people to study, live and work.

This is the only university in the top 20 of the world’s top university rankings in 2022. Founded in 1827 and is the oldest school in Ontario, Canada. The university is also a world leader in biomedical research and has the third largest library system in North America, behind only Harvard and Yale. More than 7,000 international students are studying on campus. Graduates currently live and work in more than 160 countries around the world. 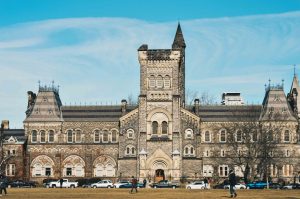 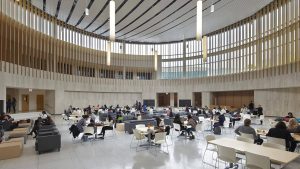 Referring to the University of Toronto, it is impossible not to mention the bustling library system with about 44 different large and small libraries. There are a total of more than 22 million books stored here. The school also has 800 clubs on three main campuses. In addition to facilities for learning, the school also fully equips the dormitory system for students: 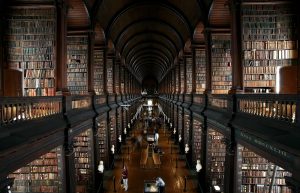 University of Toronto – what to study in Canada?

To answer the question of what to study in Canada, the University of Toronto offers multi-disciplinary training. Therefore, students can be flexible in choosing their majors, or fields of interest. Specializations include:

You can also find other majors on the University of Toronto website.

At Northern Road, the consultants will assist in choosing the right school and course, and assist in hunting for scholarships to study in Canada from partner schools. Northern Road will also support students and students throughout the process from admission to Canada student visa application. Let Northern Road fulfill your dream of studying in Canada.

McGill University is a public university in Montreal, Quebec. Founded in 1821, it is one of the oldest schools in Canada and is known as the “Harvard” of Canada. McGill University is also the only Canadian institution to participate in the World Economic Forum. The school has welcomed students from all over the world and has more than 250,000 alumni globally. McGill is also ranked number one in Canada for several undergraduate medical doctorate programs. 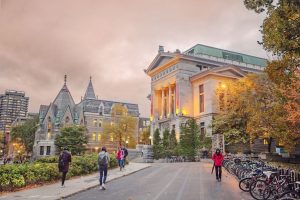 McGill’s main campus is located in the heart of Montreal. It is culturally diverse, but what is special about this city is that most people can speak both French and English. The campus of the school consists of many sophisticated Gothic buildings and has modern facilities such as Molson Stadium and the Montreal Neurological Institute. Dormitories on the south side of Pine Avenue – McGill Ghetto, home to a large number of students at McGill University. The school has a train station for students to conveniently move between buildings. Let the experts at Northern Road advise you to study in Canada to make your study abroad experience full of fun and excitement. 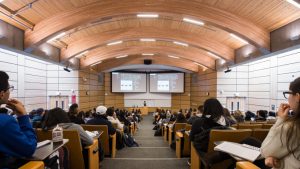 McGill University – what to study in Canada?

McGill University is known worldwide for its excellent education and impressive research, and its professors continue to work on new areas of epigenetics today. Besides, to answer the question of what to study in Canada at McGill University, you do not need to worry as the school offers more than 340 bachelors and 250 graduate programs. Therefore, students have complete flexibility in choosing the field of their interest. Some majors at McGill University:

You can also find other majors on the McGill University website.

For parents and students who are looking for a university with a long history, good achievements, not only high-quality education but also high safety quality at a reasonable cost, the University of British Columbia is the ideal university. 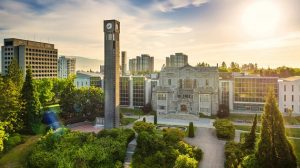 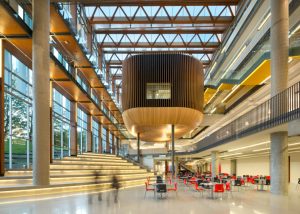 Besides, the theater and auditorium are one of the facilities that are valued here. University of British Columbia students can participate in exciting activities such as concerts or acoustics at the Roy Barnett Recital Hall or Chan Shun Concert Hall. Students can also easily explore the city center or tour the campus with its majestic natural landscapes. 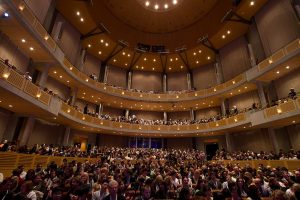 The University of British Columbia – what to study in Canada?

The University of British Columbia has more than 200 study programs for students at different university levels: Bachelor’s, Master’s, and Ph.D., in many fields:

You can also find other careers on the University of British Columbia website.

Northern Road understands the difficulties of students and parents when preparing study abroad applications and many questions need to be answered. If you are planning to study in Canada shortly, contact our Canadian study abroad consultant who will be dedicated to answering all your questions about the study path or the application for a Canadian student visa.

The University of Montreal is located on the northern slopes of the Mount Royal Range, immersed in a beautiful natural setting among the distinctive red maple leaves of Canada.

Some outstanding achievements of the University of Montreal:
Canada’s 2nd largest research university
Ranked 1st for research and teaching methods in Quebec.
The only French-speaking university among the top schools in Canada. 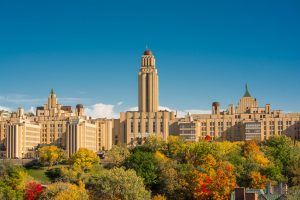 One of the reasons that Vietnamese students especially like when choosing Quebec as their study abroad destination is its diverse and thriving economy. The cost of renting here is considered lower than in both Toronto and Vancouver. Despite being the largest capital, Montreal has one of the lowest costs of living in North America.

The University of Montreal is equipped with the most modern equipment to serve the study and research of students with 18 libraries and thousands of precious books preserved and archived. In addition, the school is equipped with many multimedia art rooms, and computer rooms to help students exploit information resources most effectively. 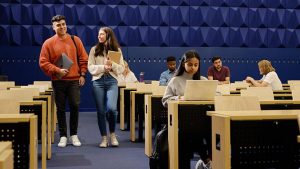 With a large campus for indoor and outdoor activities, Montreal’s sports complex has a wide range of sports for all students such as skating, hockey, basketball, tennis, swimming, and baseball. 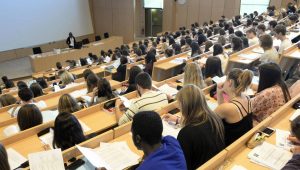 University of Montreal – what to study in Canada?

You can also find other majors on the University of Montreal website.

The University of Alberta is one of Canada’s premier universities, known for its world-honored research and innovative discovery. Alberta is also home to the National Institute of Nanotechnology and offers high-quality programs at the undergraduate, graduate, and some Canadian levels of study. This is also the 2nd school in Canada in terms of employment rate after graduates. 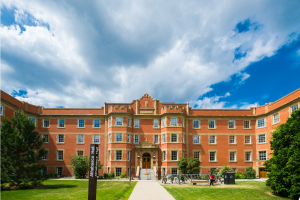 Located in the city of Edmonton, is an affluent city in Alberta, where the local economy is very developed and has modern facilities. The Library of Alberta is also the second-largest library in Canada, with a wide range of titles and databases.

There are more than 100 students and the center fully meets the learning requirements of students. In addition, the school also has many systems of research rooms, laboratories, libraries, gyms, and fitness centers.

One of the school’s strengths is sports activities here, Alberta has won many national championship awards such in Football, Basketball, and Rugby,… That ensures students can learn. Exercise in a healthy environment. 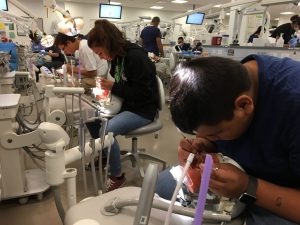 The University of Alberta – what to study in Canada??

You can also find other majors on the University of Alberta website.

6. Support for studying abroad in Canada from Northern Road

As a member of the Canadian Council of Licensed Immigration Consultants (CICC), Northern Road has strong links with prestigious educational institutions in Canada, providing a flexible choice of schools and colleges. career.

Northern Road specializes in consulting immigration services according to each customer’s needs and conditions. Services will be personalized and tailored to your goals with dedicated guidance from our consultants. Northern Road’s team of Canadian study abroad consultants will assist in planning the most suitable study and career path for each student. Northern Road will always follow your Canadian student visa application closely and give you maximum support so that you can choose a school and major that suits your aspirations. 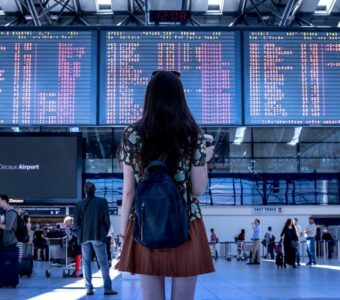 What to do when you first… 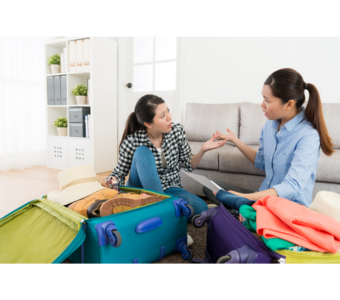 What Should I Pack to Study…

Author: Nolan Clack -Guest blogger   You have researched which country you wish to study,... 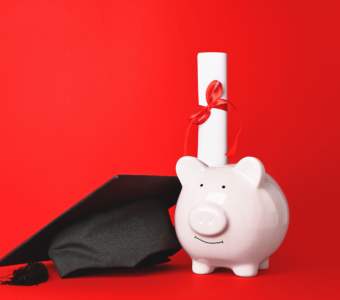 As a Vietnamese international student studying in Canada, you can expect that the cost of living wil... 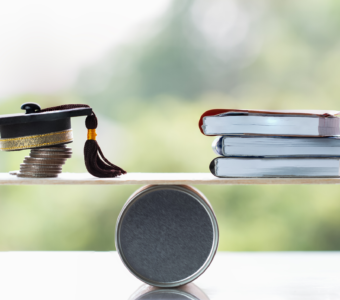 Costs to Study in Canada: A… 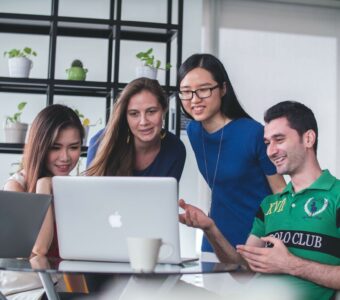 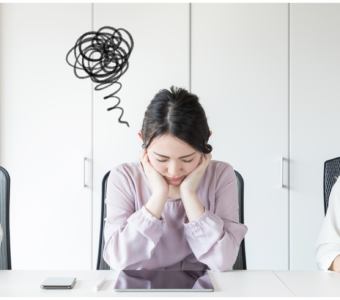 Overcoming Culture Shock When Studying in…